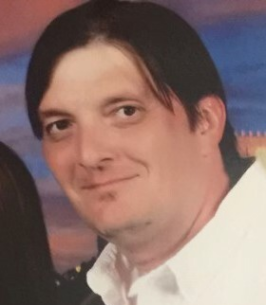 Mr. Brian Presley, age 48, of Council, Virginia, went to be with the Lord on Tuesday (July 19, 2022) due to a brief illness. Born February 6, 1974 in Richlands, Virginia, he was a son of Gaylene Presley of Davenport and the late Donald Presley. A lifelong resident of the area, he was of the Pentecostal faith. a 1992 graduate of Council High School, he went on the further his education at Southwest Virginia Community College with a degree in Respiratory Therapy and an Associates’ Degree in Allied Science. He was currently employed as a Respiratory Therapist at Wytheville Community Hospital and for Novant Health Systems. He enjoyed playing guitar and traveling, but most of all spending time with his family and friends. He was a devoted husband and father, whom loved his wife and daughter dearly.
In addition to his father, he was preceded in death by one brother, Rick Presley.
In addition to his mother, survivors include his loving wife of twenty-six years, Rachel Runyon Presley and his precious daughter, Madison Raine Presley both of the home; one brother, Tim Presley and wife, Tina of Vansant; sister-in-law, Sherry Presley of Vansant; nieces, Shandi Presley of Wytheville, and Allison Barton and husband, Greg of Rocky Mount; nephews, Cameron Presley and Gavin Runyon; great-nephew, Wade Barton; father-in-law and mother-in-law, Johnny and Katherlene Runyon; brother-in-law, Wayne Runyon and wife, Melissa; many cousins and friends also survive.
The family would like to extend a very special thank you to Buchanan County Sheriffs Department and Oakwood Rescue.
Funeral services will be conducted at 1:00 PM Friday in the Honaker Funeral Home Chapel, Honaker, Virginia with Rev. Carl Burmeier officiating. Interment will follow in Ketron Memorial Gardens at Lebanon, Virginia.
Pallbearers will be Shannon Ball, Justin Runyon, Clifford Presley, Cameron Presley, Joe Childress, Grant Belcher, David Harris, Jr., Bob Hale, Carol Harrison, Delmer Owens, and Eric Wampler.
Honorary pallbearers will be Greg Barton, Gavin Runyon, Johnny Runyon, Wade Barton, Tim Presley, Wayne Runyon, and Co-workers at Wytheville Community Hospital, Novant Heath Systems and Kissito Healthcare Bland.
The family will receive friends at the Honaker Funeral Home after 6:00 PM Thursday, where an evening service will be conducted 7:00 PM with Rev. Brandon Cassell officiating.