To share your memory on the wall of Jackie Perkins, sign in using one of the following options:

Receive notifications about information and event scheduling for Jackie

We encourage you to share your most beloved memories of Jackie here, so that the family and other loved ones can always see it. You can upload cherished photographs, or share your favorite stories, and can even comment on those shared by others.

Posted Apr 14, 2021 at 01:29pm
Joyce and family,
We are so sorry to hear this sad news of Jackie's passing. He will be missed by so many. He was always so kind and took time to say hello and chat for a little bit when we were up there for a visit. We love all of you so much and are keeping you in our thoughts and prayers. All of you are very special and a great blessing to our family.
Dewey, Robin and Isaac Brown
Comment Share
Share via:
GM

Posted Apr 14, 2021 at 10:57am
Joyce, David and family, Greg and family. I am so very sorry for your loss. My memories hold a special place in my heart for a wonderful uncle. My love, thoughts and prayers are with you all and may God give you comfort today and in all the days ahead. Love Gail, Les and family
Comment Share
Share via:
EH

Posted Apr 13, 2021 at 11:11am
With a heavy and sad heart that I say good bye to my brother. However I will always have my memories of a faithful, kind, and helpful sibling that was there for me through the good and bad. The bonding of our big, loud, and tugging family always held. Knowing that he goes in peace and the love will always be my help in this loss. Sister, Joe Ann
Comment Share
Share via: 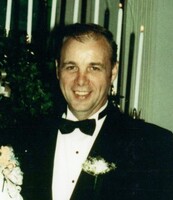