To share your memory on the wall of Marietha Lorene Casteel, sign in using one of the following options:

Receive notifications about information and event scheduling for Marietha Lorene

Print
Memorial services will be conducted at a later date.

We encourage you to share your most beloved memories of Marietha Lorene here, so that the family and other loved ones can always see it. You can upload cherished photographs, or share your favorite stories, and can even comment on those shared by others.

Posted Nov 13, 2020 at 09:26am
Sheriff Blake Andis and the Members of the Washington County Sheriff’s Office would like to express their sympathy in the death of Marietha Casteel. If our Sheriff’s Office can be of assistance to you during your time of sadness, please do not hesitate to contact us.

Sheriff Andis and Members of the Washington County Sheriff’s Office

Posted Nov 12, 2020 at 03:03pm
Tammy,Tim, Vicie, Stephanie, Jared and the entire family, My heart is with you all! I can only imagine the depth of your pain! I share great memories in my mind of my childhood growing up with you guys! Please know that Our Heavenly Father will help you if you seek him! Prayers abundant for comfort to each of you during this difficult time!
With love,
Tammy Reynolds Lester
Comment Share
Share via:
AG 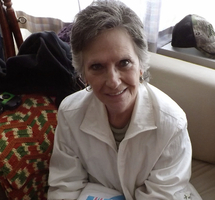