To share your memory on the wall of Millie Harris, sign in using one of the following options:

Receive notifications about information and event scheduling for Millie

We encourage you to share your most beloved memories of Millie here, so that the family and other loved ones can always see it. You can upload cherished photographs, or share your favorite stories, and can even comment on those shared by others.

Posted Jan 22, 2021 at 02:38pm
David and Family, I was very saddened to here of Millies passing. Please accept me and my family's deepest sympathy. If you need us for anything, please feel free to call. Pastor Vonley Pruitt
Comment Share
Share via:
DW

Posted Jan 22, 2021 at 11:21am
I am so sorry about your loss. She will be missed. My thoughts and prayers are with the family.
Comment Share
Share via:
A

Posted Jan 21, 2021 at 07:48pm
We are very sorry to hear about her passing David and family you are in our prayers and thoughts. David again we are truly sorry for your loss . The family of Red Fletcher ♥
Comment Share
Share via:
SD

Posted Jan 21, 2021 at 05:33pm
I just want to say that I knew Millie from work and through her sister Lola. We talked many evenings when we were leaving work. She was such a nice kind person. To the family my family was where you are a short time ago when we lost my father due the same virus. Just remember you all are in our thoughts and prayers because we know your pain.
Comment Share
Share via:
HS

Posted Jan 21, 2021 at 08:39am
Our love, thoughts and prayers are with you all. With heartfelt condolences,

The FTD Living Spirit Dishgarden was purchased for the family of Millie Harris. 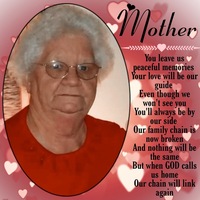 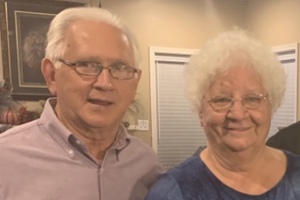 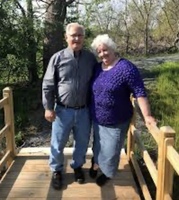