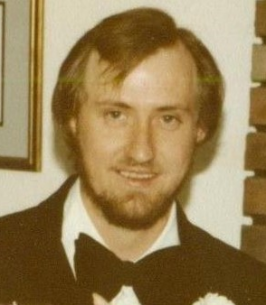 Mr. William E. “Spunk” Osborne, Jr., age of 65 of the Horton Ridge section of Swords Creek, Virginia, passed away Wednesday (February 2, 2022) in a Richlands, Virginia hospital. Born October 2, 1956, he was the firstborn son of William and Joan Boyd Osborne. A 1975 graduate of Honaker High School, he had worked as a welder for Long Airdox/ S & S for twenty-one years. After their closure, he obtained an engineering degree from Southwest Virginia Community College in 1999 and worked as a draftsman, surveying, pipelining, and currently as Lead Worker for Keene Mountain Correctional Services power plant. As a young man, he served as Assistant Pastor at Calvary Lighthouse and later attended both Horton Ridge Church of God and Swords Creek Community Baptist Church.
He was Commander of Sons of Confederate Veterans Camp 840 for several years and a civil war reenactor, marching with the 1st Virginia Company D dismounted cavalry. He performed many educational demonstrations and grave dedications for local communities, and concluded his reenacting career at the 150th anniversary of Gettysburg.
He was an obsessive reader and historian. He wrote and self-published “Be Strong and of a Good Courage”, a novel about Southwest Virginia in the war of northern aggression. He shipped the book all over the planet and kept in contact with many of his readers across the country and abroad.
He was delightful company and the deepest well of knowledge. He lived a good, full life, making friends at every turn, and left his family comfortable, but heartbroken. His greatest joy was spending time with his children and his grandson.
Survivors include his wife of thirty-eight years, Sandy Osborne; one son, Charles Osborne and Chyanne Hammond of Swords Creek; one daughter, Amber Osborne of Lebanon; one grandson, Creed Orion Osborne; one brother, Eddie Osborne and wife, Carolyn; one sister, Donna Hill and husband, George; several nieces and nephews also survive.
Funeral services will be conducted at 11:00 AM Friday in the Honaker Funeral Home Chapel, Honaker, Virginia, with Rev. Darrell Clifton officiating. The family will receive friends after 6:00 PM Thursday.